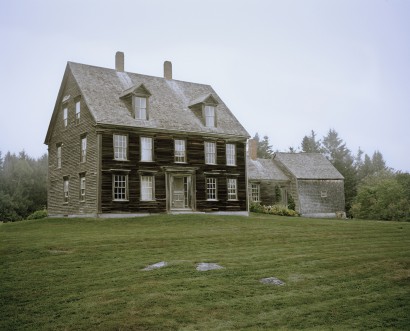 Immortalized on canvas by Andrew Wyeth, this Maine home is the final destination for equally historic wood Longleaf Lumber reclaimed and milled from a Beacon Hill, Boston home.

In 1743, Alexander Hathorn, a seafarer and ship master, travelled north from Salem, Massachusetts to Cushing, Maine, with two family members. Each had received a 100-acre land grant in the coastal town. Upon arrival, they built log cabins on what would come to be known as Hathorn Point. Alexander’s grandson, Captain Samuel Hathorn II, replaced one of those cabins in the late 1700s with the frame of the home eventually depicted by Andrew Wyeth in his seminal Christina’s World. 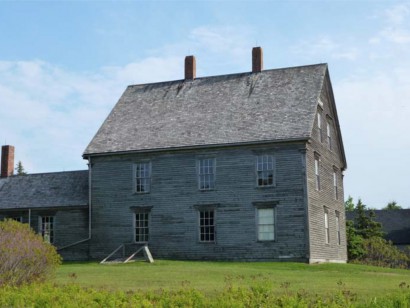 Captain Samuel Hathorn IV, added a new, steeply pitched roof to the 14-room Colonial building, which allowed for several bedrooms to be added to the third floor. These rooms were rented to summer visitors from 1872 to 1890.

After being forced ashore at Cushing in 1892, young sailor John Olson met Katie Hathorn and her mother Tryphene, who were the last two members of the Hathorn family. John and Katie were married and raised two children, one of whom was named Christina, in the home. After their parents’ passing, Christina and her brother inherited the property. 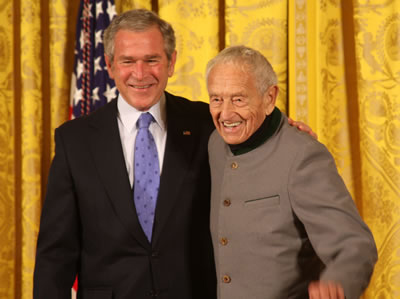 In 1939, Betsy James, a summer neighbor, introduced Christina to a young painter named Andrew Wyeth. Shortly after, Betsy and Andrew were married. In the following 30 years, Andrew developed a strong friendship with the Olsons, roaming their land and using one of their upstairs rooms as a studio. His close connection with the family and property would provide years of material for his painting.

In 1948, Wyeth completed a painting of Christina, afflicted with a muscular disease, crawling across a field towards her house. Christina’s World would become one of his most famous paintings. The work is now part of the permanent collection of The Museum of Modern Art in New York. After his death at the age of 91, Wyeth was buried in the Hathorn cemetery on the property, along with Christina.

The weathered clapboard house was later purchased by then-Apple Inc. CEO John Sculley, who donated the site to the Farnsworth Art Museum in 1991. The Olson House, now a museum property open to the public, was designated a National Historic Landmark in 2011.

Fast-forward to the present. The Wyeth Foundation bestows a three million-dollar grant upon the Farnsworth Museum, its largest ever. Thanks to this gift, as well as to funding from the federal New Markets Tax Credit Program, the museum is now proceeding with multimillion-dollar renovation projects on several of their properties, including extensive renovations at the Olson House. 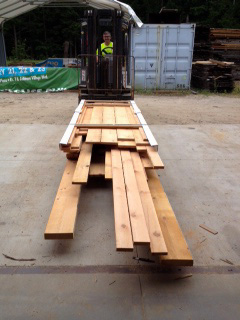 Needed for the preservation project were historically-accurate clapboards and wooden trim boards for the exterior façade. Dave Nazaroff’s Rockport-based construction firm, The Penobscot Company, was hired to complete the preservation work. The Penobscot Company specializes in unusual and challenging projects, historic restorations, and the repair and restoration of inaccessible lighthouses. Given the high profile, precise specifications, and historic context of the Olson House renovation, this job was a perfect fit for Penobscot.

The Farnsworth Museum’s interest in restoring the house with age-appropriate materials led The Penobscot Company to source their reclaimed wood for the exterior of the home from Longleaf Lumber. To ensure a historic match, we sawed reclaimed white pine from the salvage project at 49 Mt. Vernon Street in Boston, MA. To read more about the historic source of this lumber, click here. 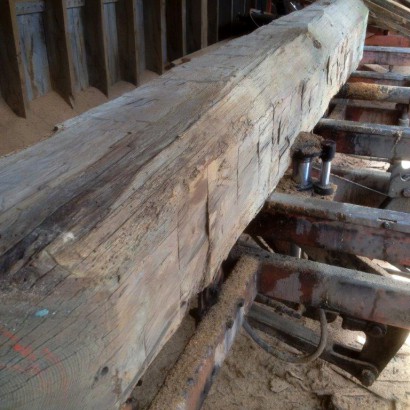 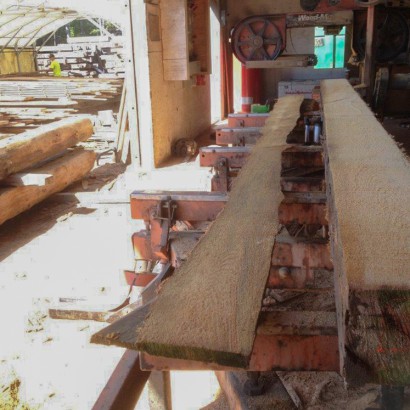 Photographs of the Olson House before renovation 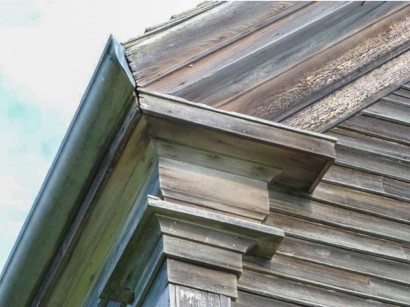 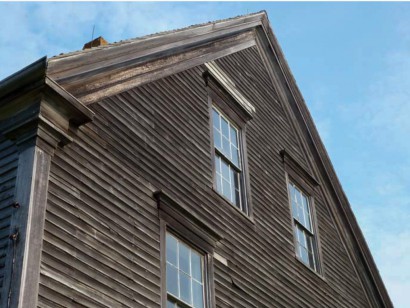