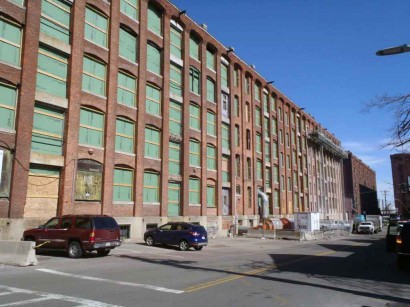 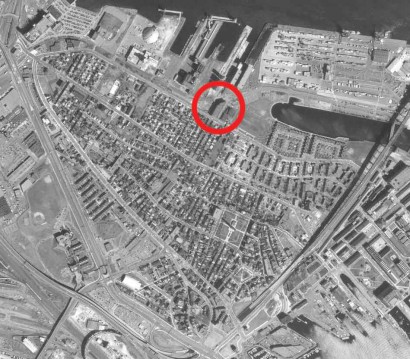 The builder of the circa 1915 structure was the eponymous Terminal Storage Warehouse Company.  Located near the Mystic River, Boston Harbor, and the old Boston & Lowell railyard, this five-story brick and timber-framed building is one of three major remaining warehouses in what was once a bustling rail and ship depot.  Divided into 10 by 30 foot bays by brick firewalls, the warehouse was built to last under heavy-duty industrial use.

The Terminal Storage building – officially known as 267-281 Medford Street – was occupied by the Nancy Sales Company’s manufacturing facility from the 1940s to the 1980s.  After Nancy Sales moved their plush carnival toy business across the Mystic River to Chelsea in the early 1980s, the structure remained vacant.

Purchased by developer Michael Rauseo in 1994, the old warehouse and Rauseo’s Suffolk Cos. company endured a 17-year long legal struggle before winning rights to renovate the building into 124 loft-style apartments.  Much of the original exterior has been sandblasted and preserved, albeit with new windows and doors added to the facade.

During the renovation, Longleaf Lumber reclaimed thousands of feet of the original Heart Pine decking to be milled into flooring, paneling, and other custom millwork.  The natural thickness of the decking meant we were able to convert much of it into table stock in an effort to minimize waste and maximize recycling yield.

Located in the Terminal Storage Warehouse District (now listed on the U.S. National Register of Historic Places), this building is as much steeped in history as it is barreling towards the future.  Preserved as a testament to Charlestown’s historic working-class waterfront, the building’s imposing industrial character ties Boston’s techier generation of residents to the area’s tradition of heavy-duty American industry and blue collar culture.

Our photos of the building during renovation 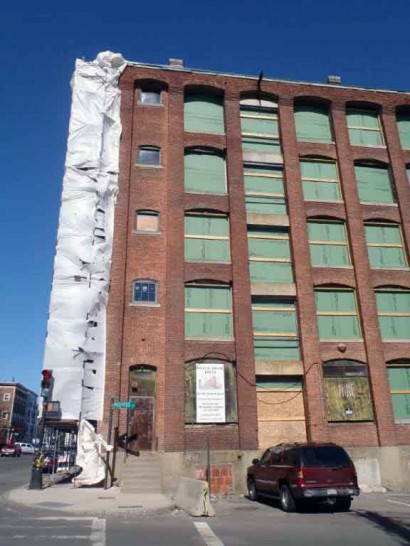 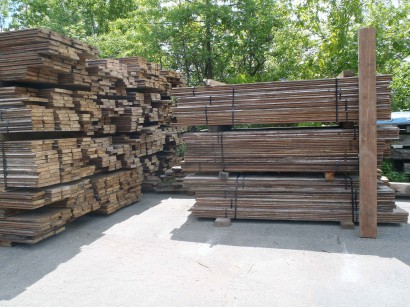