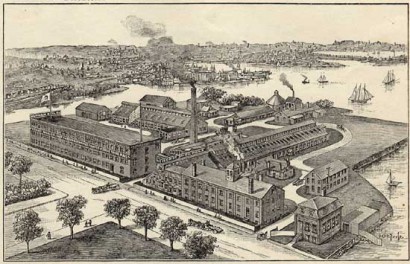 The Putnam Nail Company building is a three-story, red brick structure sited in Port Norfolk, a small peninsula located between the Neponset River and Pine Neck Creek in Boston’s Dorchester neighborhood.  Framed out with Heart Pine and covered with Michigan-made Cobbs & Mitchell “Electric” maple flooring, this structure was built to last – and last it has. 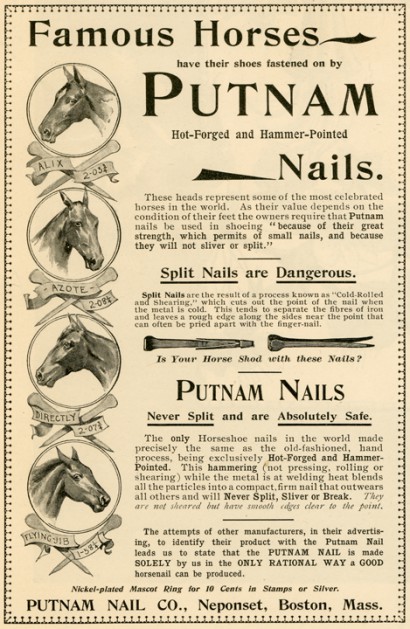 Used heavily by a variety of manufacturers for over 100 years, the historic building is being gut-rehabbed and put right back into service.  Longleaf Lumber was lucky enough to save thousands of feet of maple flooring from the building, all of which will be re-milled, recycled, and returned to use.

Constructed in 1899, the building (far left in the illustration above) was a part of the Putnam Nail Company’s manufacturing complex, where they produced world-class horseshoe nails advertised as the only hot-forged and hammer-pointed horseshoe nails in the world.

The Putnam Nail Company occupied the building and complex for decades, eventually turning it over to the Magnesia Co., a short-lived enterprise that quickly passed the complex on to another world-famous manufacturer: The George Lawley & Son Shipyard.

In 1918, the George Lawley & Son Shipyard moved from their cramped City Point, South Boston shipyard to this newer yard, conveniently located just across the harbor.  Already an established and respected New England manufacturer, the Lawley company had been building wooden ships in Massachusetts since 1866, when their operations were based out of Scituate. 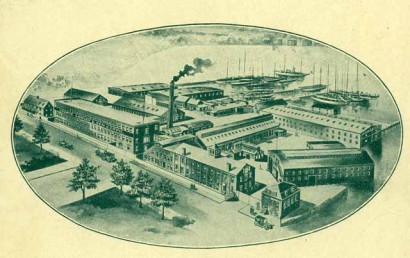 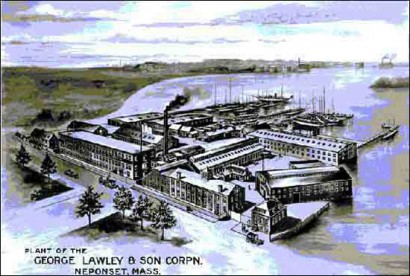 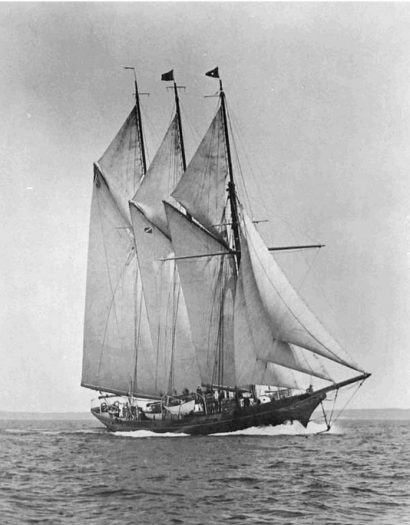 In their newer, larger space, the Lawley Co. continued constructing some of the world’s finest wooden yachts, producing such notable ships as the Yankee, of America’s Cup fame, and the Guinevere, a 1921 schooner yacht that was the first of its kind ever fitted with diesel oil engines (pictured to right).  The engines powered electric Westinghouse equipment designed for propelling the boat, hoisting the sails, and twirling the gyroscope that kept the ship on even keel.  The electric equipment also heated, lighted, and ‘cooked’ the craft. 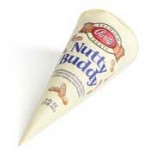 Seymour’s Ice Cream, a New England classic, made the last use of this incredible historic building.  Well-known as the inventors of the Nutty Buddy cone, the company stopped making ice cream in the 1980s.  Just before the gutting of the building, the company’s massive walk-in freezers remained on site, a poignant reminder of the building’s sweet and varied history.

Longleaf Lumber has been privileged enough to save thousands of feet of factory maple flooring from the second and third stories of this historic building.  These heavy, industrial wooden planks represent the values and history of the men, women, and corporations that worked on them: quality things made with care, precision, and skill.  We hope our milling of the flooring carries on in this legacy of a finely crafted American product, built to last through work and through pleasure.